The consultation provides spuriously detailed information on the proposed new and enhanced bus services. It is unclear what evidence has been used to design the routes, specify operating hours, frequencies and fares, and calculate the subsidy cost. It is also unclear whether bus operators have been consulted. Their buy-in will be essential if these changes are to be introduced under Enhanced Partnership Agreements, which is likely to be quicker than using the Combined Authority’s franchising powers.

The proposed hourly services on ‘Rural Connector’ routes are unlikely to attract many new bus users. Detail on the ‘regular connecting’ and ‘demand responsive’ services is absent, so people cannot judge how attractive those will be.

There is an inconsistency between GCP’s proposals to improve rural bus services and continuing to build Park & Rides, which only truncate car journeys and require large tracts of greenfield land. We recommend building a network of travel hubs, all served by express bus services, rather than Park & Rides, to enable people to make many more trips without a car.

GCP needs to consider the impact of many more buses entering Cambridge city centre, which is already a congested and conflicted space. We recommend re-routing express buses around the inner ring road to free up more space in the city centre for walking and cycling.

The proposals for funding options provide too little detail on the practicalities and timescales for their introduction, and how they might be combined. We recommend a staged introduction of charging for workplace parking and polluting vehicles, consulting again on adding a congestion charge when the enhanced bus services are running. 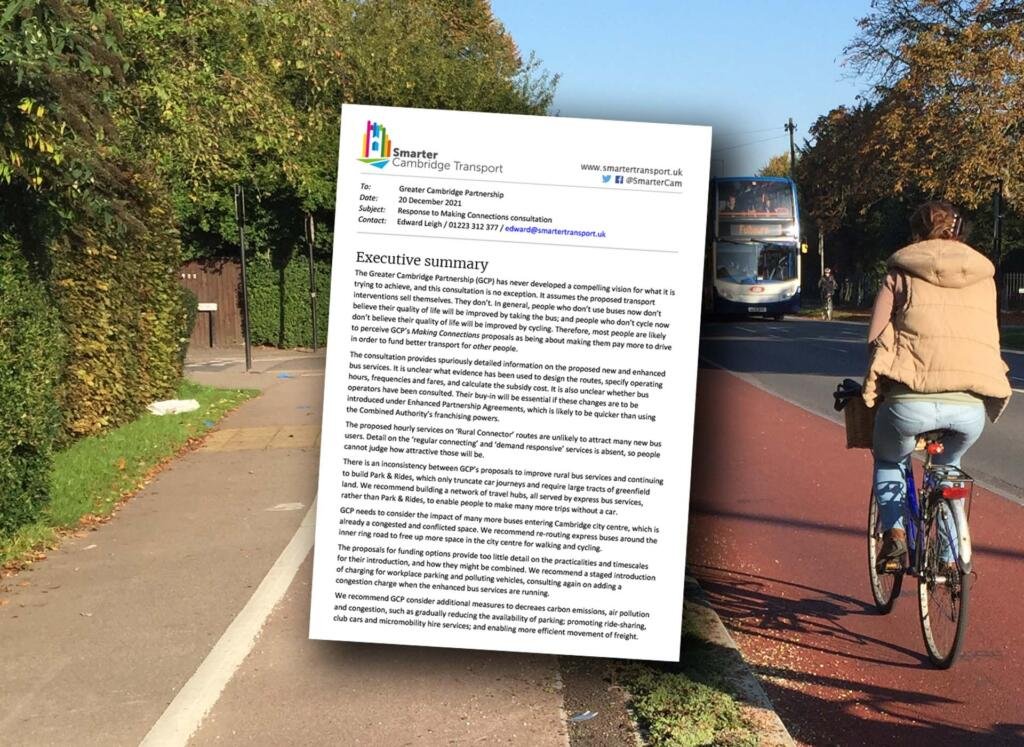