Mass Transit Options Report does not meet the brief

Campaign group Smarter Cambridge Transport has described a key report* on future transport options for the region as not meeting its brief, and is asking the Cambridgeshire and Peterborough Combined Authority board to require its authors to submit a revised report that does so. It requests that the Board does not consider proceeding to commissioning a Strategic Outline Business Case of any mass transit option until it has a report that meets the original brief, and all relevant stakeholders have had a reasonable period of time to digest its content and feed back to the Board. Furthermore, it points out that it is wholly inappropriate that such a crucial report was not published until after the deadline for public questions, in breach of the government’s guide to open and accountable local government.

Smarter Cambridge Transport chair Edward Leigh says: “The report has not followed the brief. For instance, the authors have evaluated conceptual schemes such as Cambridge Connect and AVRT, rather than evaluating mass transit technologies on a like-for-like basis. The report does little more than collate information that is already in the public domain. It lacks the detail, depth and critical analysis we should expect from a consultancy of Steer Davies Gleave’s standing. The budget for this report was £150,000. In our view, if the report cost anything close to that figure, it represents extraordinarily poor value for money.”

[The text on the website is slightly modified to improve accuracy and clarity.]

We offer the following observations and recommendations regarding the Steer Davies Gleave (SDG) report on mass transit options.

This is an exciting and historic first step on a journey to build infrastructure that should serve Cambridge and the surrounding region for at least the next hundred years. It is a legacy we are preparing, not simply a fix for today’s problems. More important than aspiring to be a “city of firsts” is to create a legacy that future generations will thank us for – just as we thank the Victorians for building our railways, public water supplies and sewers.

We recommend to the Combined Authority Board that it reject the SDG report as not meeting the written brief, and require SDG to submit a revised report that does.

We offer the following suggestions as additional guidance for what the Board should seek in the revised report:

We further recommend to the Board that it not consider proceeding to commissioning a Strategic Outline Business Case of CAM (or any other mass transit option) until SDG has provided a report that meets the original brief, and all relevant stakeholders have had a reasonable period of time to digest its content and feed back to the Board.

That such a crucial report was not published until after the deadline for public questions is wholly inappropriate, and in breach of the government’s guide to open and accountable local government.

The agenda and venue details were published a day late, also in breach of government guidance: “The agenda must be published with any background papers. No item can be considered if the item is not available for inspection by the public with 5 clear [working] days’ notice.” 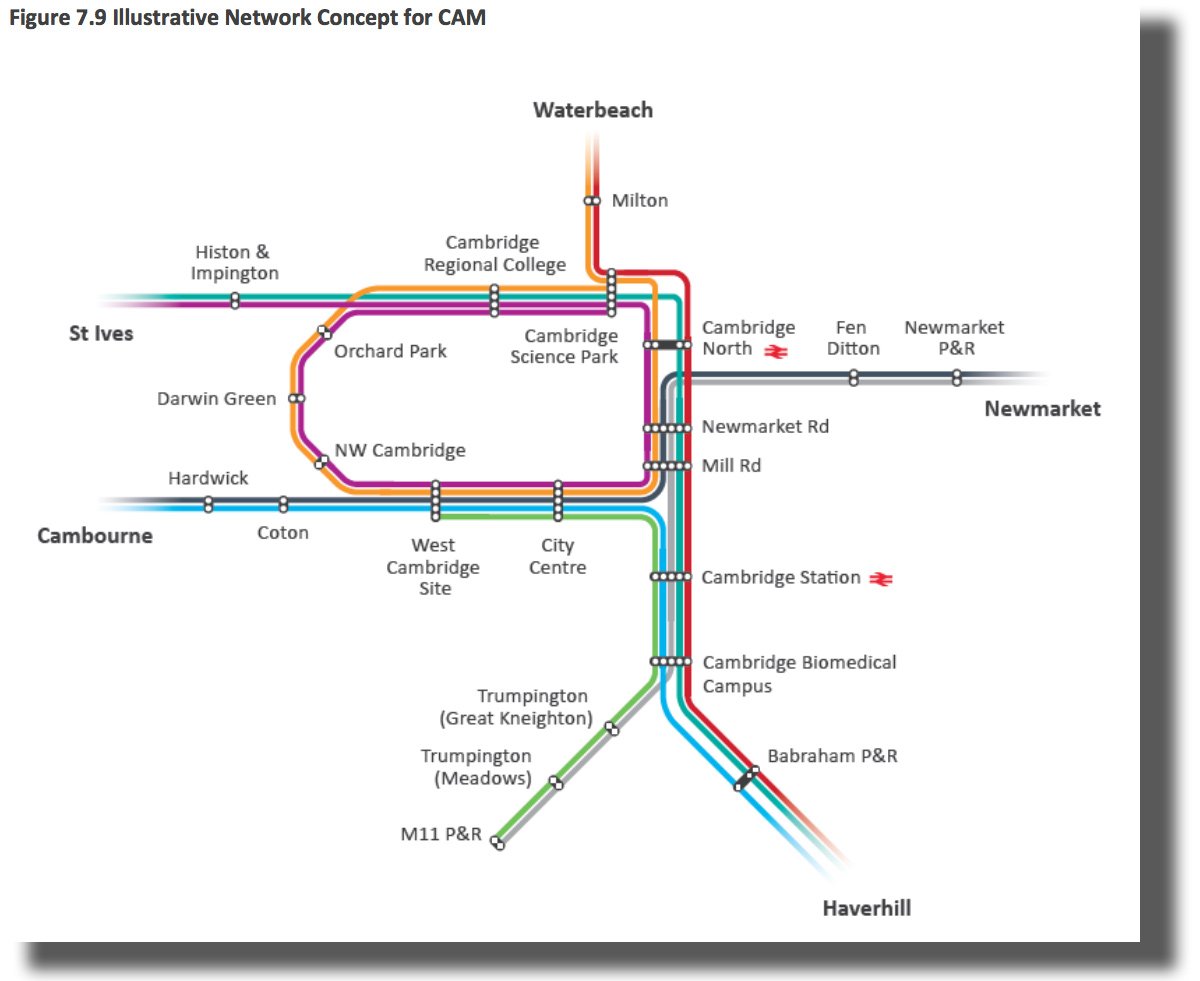 This list of observations is not definitive. It highlights critically important issues on which we believe the board needs more clarity and analysis. In effect the board is being asked to pick a winner. Whether CAM is that winner is not clear to us from this report.

The Greater Cambridge Mass Transit Options Assessment Report can be found in the papers for the Cambridgeshire and Peterborough Combined Authority Board meeting on Wednesday 31st January 2018 here.