This consultation response from Smarter Cambridge Transport offers ideas and commentary on the proposed route alignment for the central section of East West Rail, focused on the part between Cambridge and Cambourne. 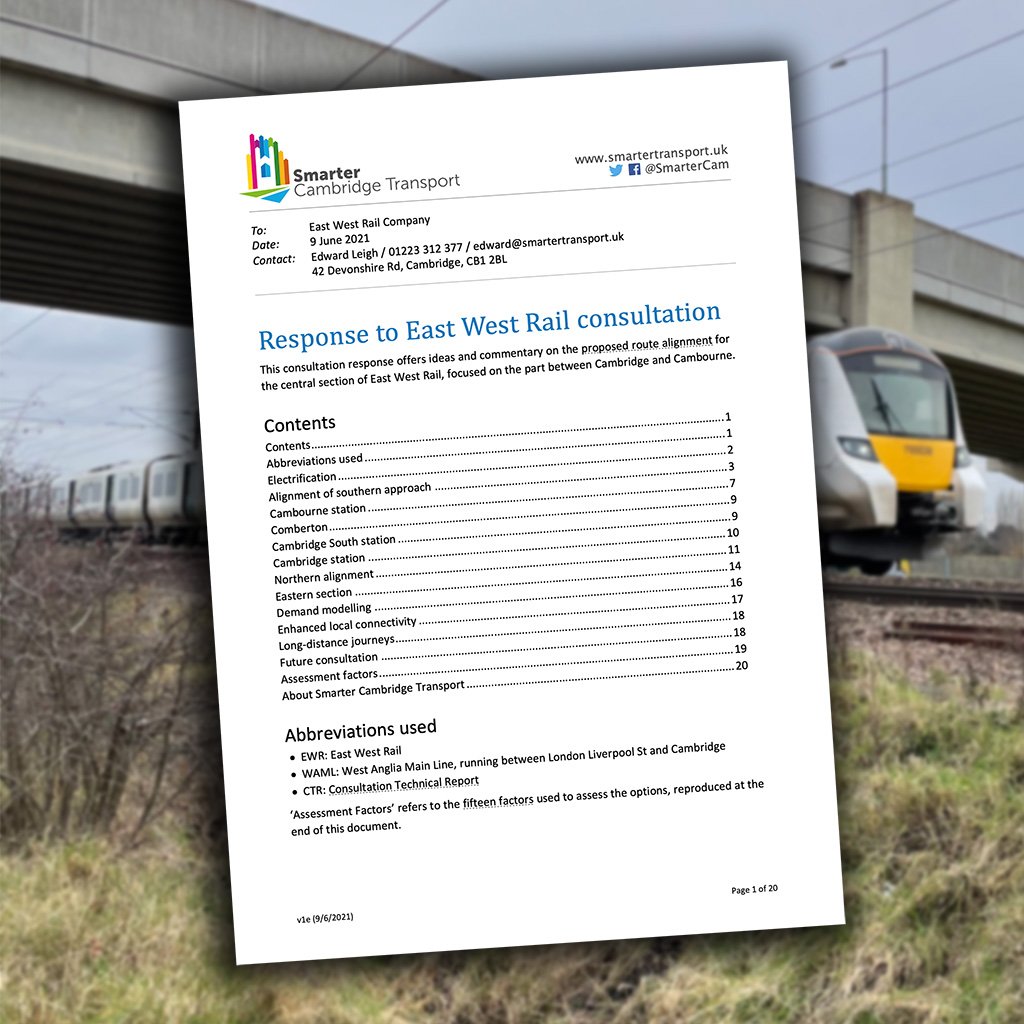