The folly and irresponsibility of these transport plans

Transport modelling for the next Local Plan concludes that the current proposals, majoring on expanding existing settlements (Cambridge, Cambourne, Northstowe and Waterbeach), are “capable of being accommodated on the local transport network in Greater Cambridge.” Job done?

The new Local Plan builds on the current one. That already paves the way for a 39% increase in housing and (a less certain) 36% increase in jobs from 2015. The consequences have yet to play out, as only a fifth of the planned new housing has so far been built.

The transport modelling suggests the current and next Local Plans will ultimately lead to an increase in total vehicle-mileage in Greater Cambridge of around a third. That means more congestion, more CO2 emissions, more air pollution and more road deaths.

I thought our local authorities had committed to reducing all of these?

Vehicle-mileage will increase despite the construction of Cambridge South railway station, East West Rail, four new busways, five large Park & Ride car parks, and ten new cycleways into Cambridge. That is in part because dualling the A428 west of Cambourne and the A10 between Cambridge and Ely will encourage people to drive more, rather than use public transport or cycle.

But there’s worse to come.

The transport modelling assumes a huge expansion of Park & Ride from the 7,000 parking spaces we have now (including at Longstanton and St Ives) to 33,000. Sites close to Hauxton, Foxton, Babraham, Hardwick and Waterbeach are expected to provide another 7,000 spaces. But where will the other 19,000 spaces go? That’s a new car park the size of Babraham P&R every year from 2022 to 2039!

So, we build eighteen new 1,500-space car parks to serve just 3% of all trips, urbanising huge tracts of South Cambridgeshire countryside, and still end up with a third more traffic on roads around Cambridge, blighting South Cambridgeshire villages with more congestion, air pollution, deaths and injuries.

Surely the folly and irresponsibility of this must be apparent to planners? And why aren’t they being up-front about it with residents and councillors? 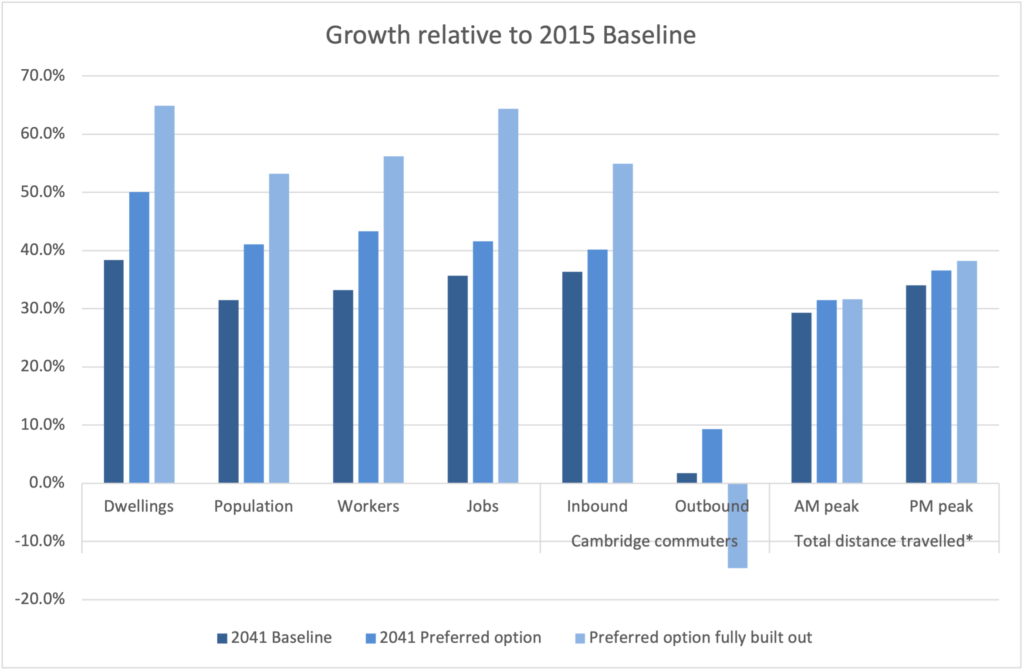 This article was first published in the Cambridge Independent on 6 October 2021.

Should we start by taxing congestion …or workplace parking?