What is a liveable neighbourhood?

The last two articles in this series have looked at ways to improve the experience of pedestrians and cyclists moving around our congested city centre. There’s another, complementary approach, which is to make trips into the city centre less necessary by creating or reviving ‘liveable neighbourhoods’ outside the historic core.

What is a liveable neighbourhood? It is one which supports living, working, commerce and culture within its area; encourages sustainable transport to move around it; and has a distinct character.

Most of the debate about transport focuses on how to enable more people to travel into the city centre. Building liveable neighbourhoods would mean city residents having less need or reason to use a car in the city, reducing congestion experienced by those who do need to drive.

Lip service is paid to these principles in new developments around the city, with little evidence of success. We need to be more ambitious, which will require co-operation and coordination between planning, transport and community infrastructure functions at City and County Councils, including the Greater Cambridge Partnership (GCP) and Combined Authority.

By way of example, here are three practical steps to achieve this in one neighbourhood, Queen Edith’s in south-east Cambridge. You’ll be able to think of equivalent ideas for your area, I’m sure.

Firstly, the City Council owns the tired and dispiriting retail units on Wulfstan Way (below). By refurbishing these shops, it would encourage residents to shop locally, improving footfall for the businesses and generating a better financial return for itself. 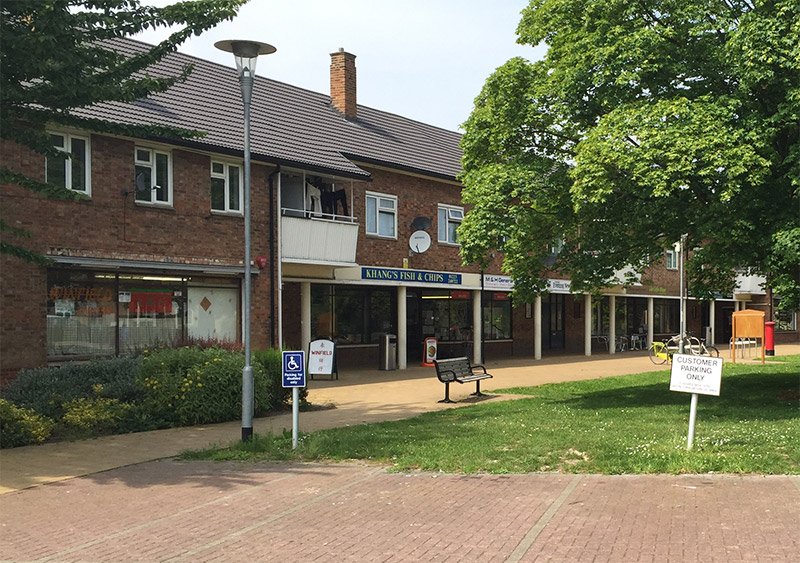 Secondly, since 2015 the south of the city has lost its children’s centres (County Council) and housing office (City Council), despite its rapidly growing population. Creating a community hub shared across both Councils at a refurbished Wulfstan Way would further attract footfall there while reducing the need for journeys into the city centre.

Finally, the GCP is investing in major projects to get commuters into the Biomedical Campus. Whatever eventually gets built must also serve local residents, for instance by giving them enhanced access to recreational spaces at Wandlebury and Magog Down by public transport, walking and cycling.

Liveable neighbourhoods mean stronger communities and better quality of life for all of us who live in them. This is just as true for villages as it is for city suburbs. How can we overcome the restrictions of silo-based local government structures and make this a reality?

This article was first published in the Cambridge Independent on 7 November 2018.

Sam Davies is chair of the Queen Edith's Community Forum and a contributor to the Smarter Cambridge Transport conversation.