What have we learned from the closure of Mill Road bridge during the summer?

Smart sensors have been counting motor vehicles, cycles and pedestrians at fourteen locations around Cambridge to monitor the impact of the closure of Mill Road bridge during the summer. I’ve looked at the data to compare three periods: 3–30 June, before the bridge was closed; 25 July–21 August, when the bridge was closed and all schools were out; 2–22 October, when the bridge was open and school and university terms were underway. Have traffic flows reverted to how they were before the summer? Interestingly, not everywhere.

As a reference, note that motor traffic on Milton Road dipped 8% during the summer holidays and is now back to where it was in June. When I wrote about this before, it appeared that traffic had diverted from Mill Road to Hills Road, Cherry Hinton Road, Coldhams Lane and Newmarket Road. Once things settled down and people went away on their summer holidays, traffic levels were lower than in June almost everywhere. The exceptions were Cherry Hinton Road (1,300 more cars/day), Station Road (1,000 more) and Hills Road (300 more). Click on any of the graphs to enlarge. 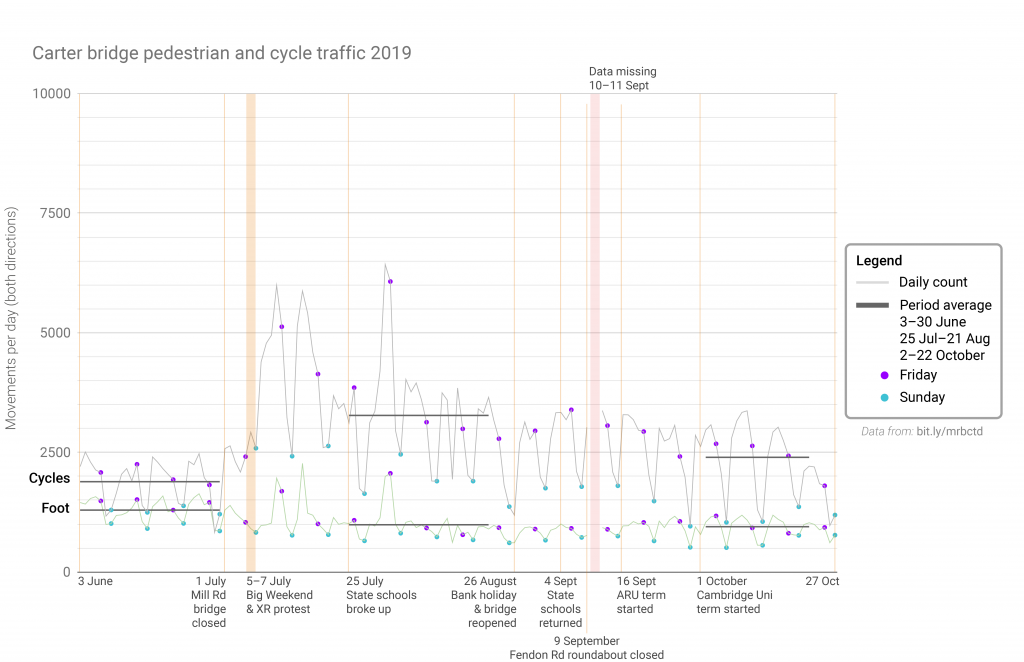 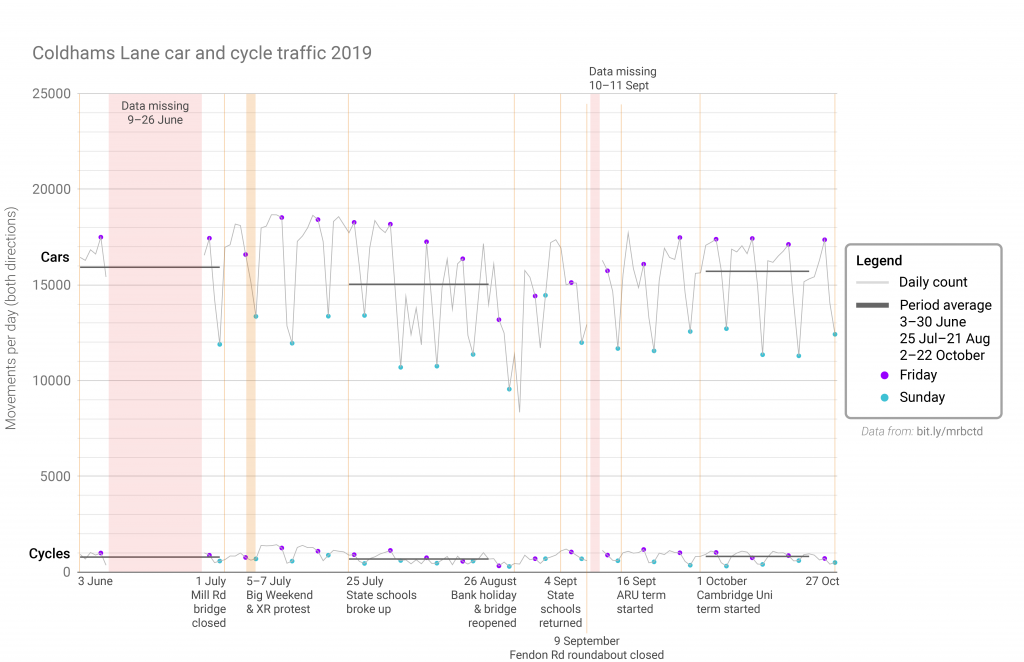 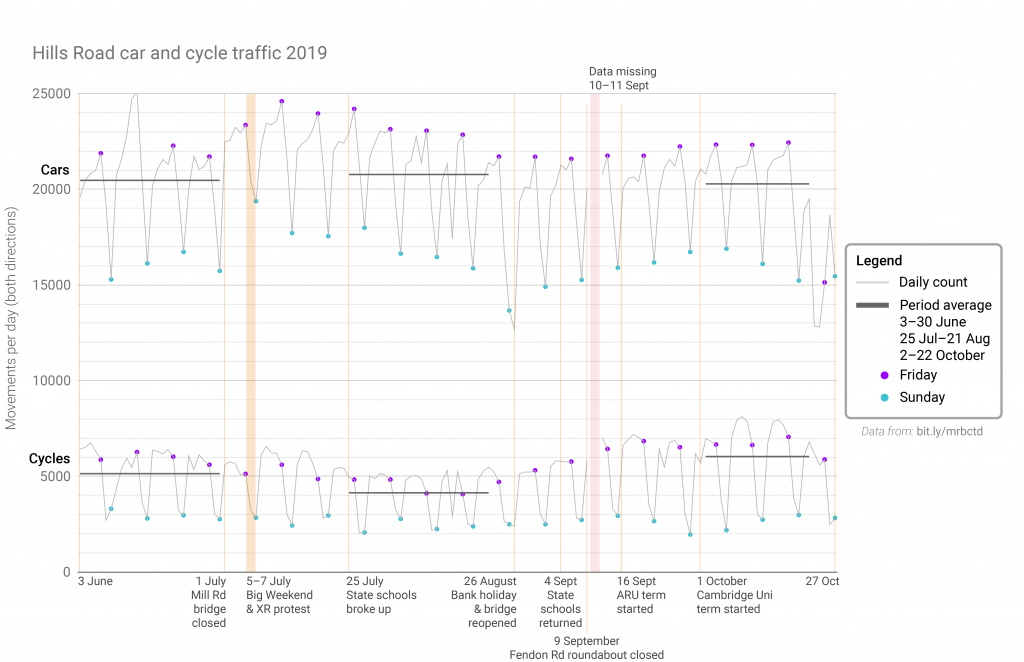 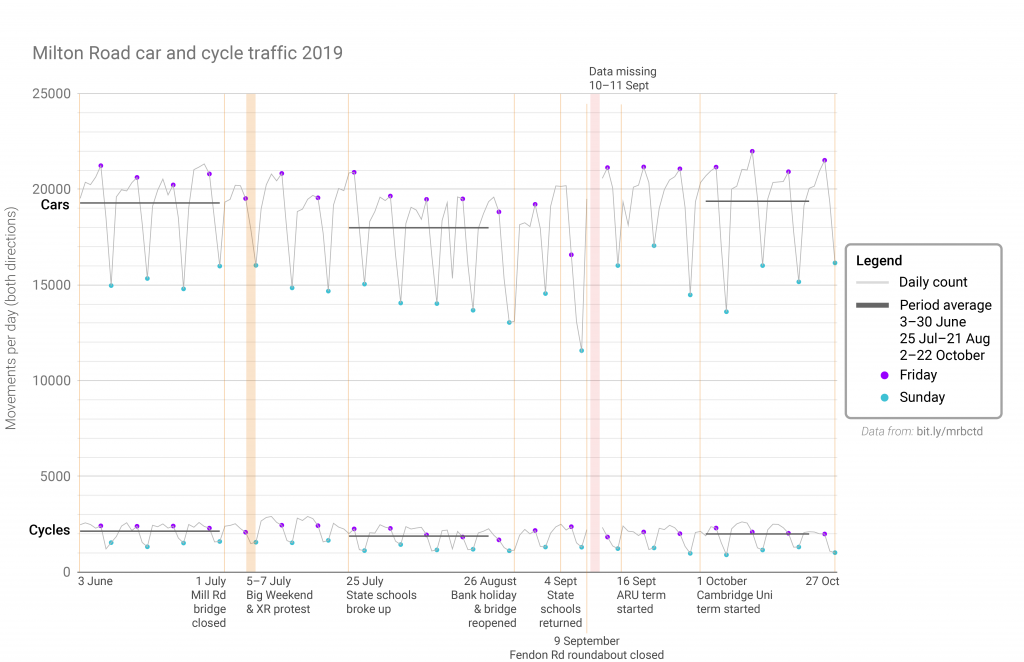 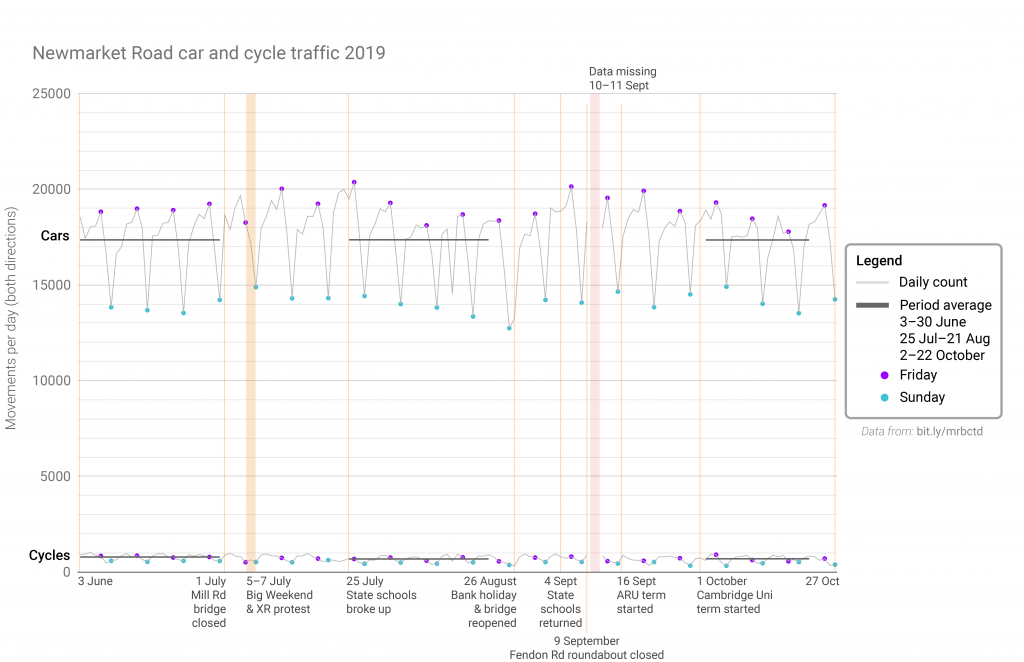 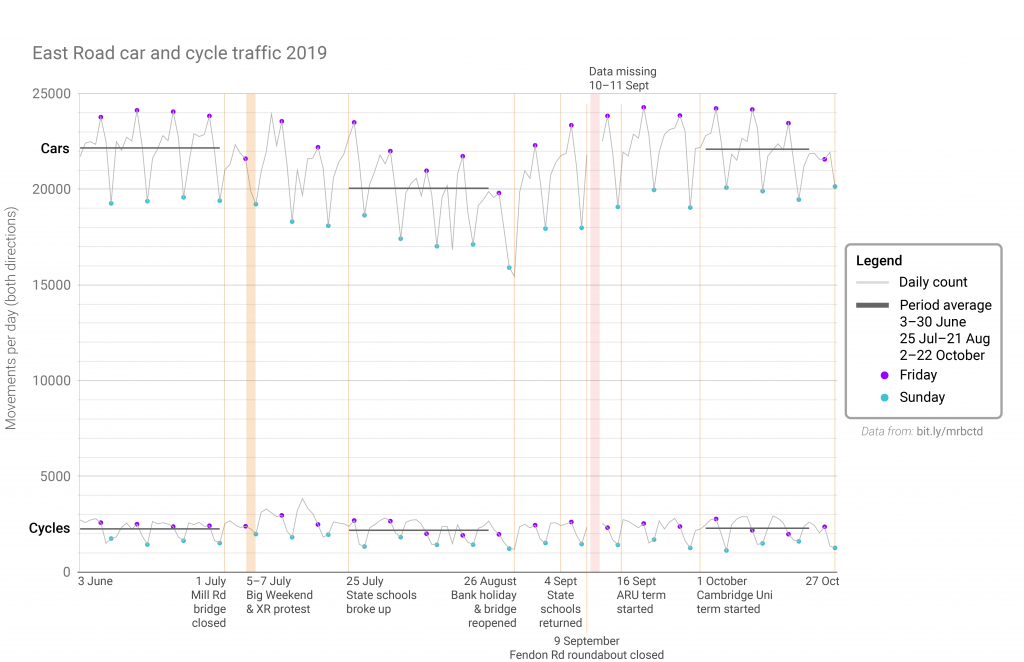 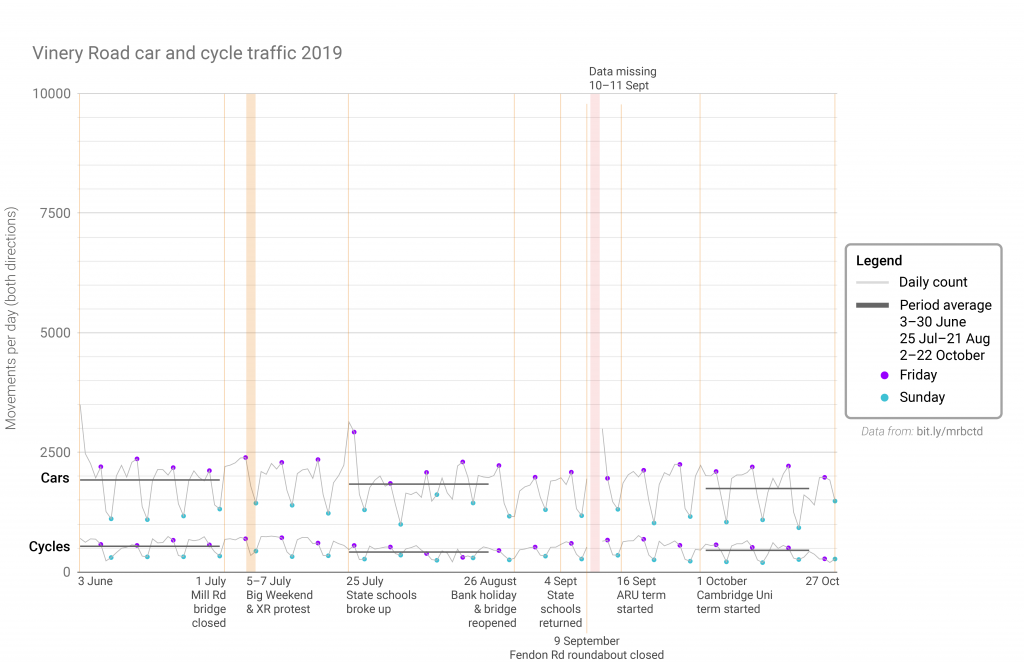 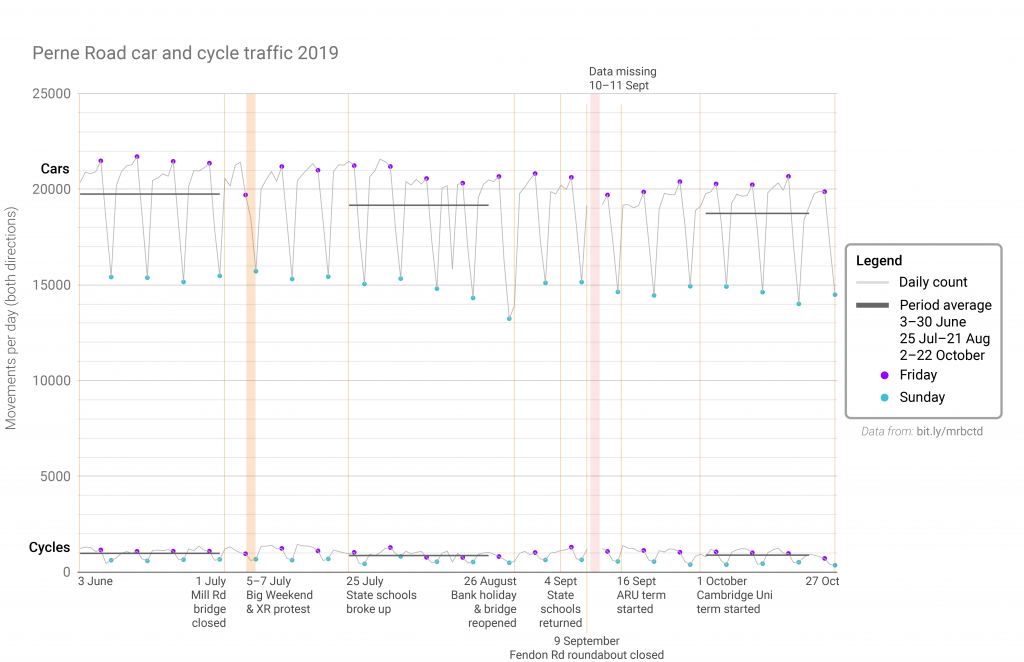 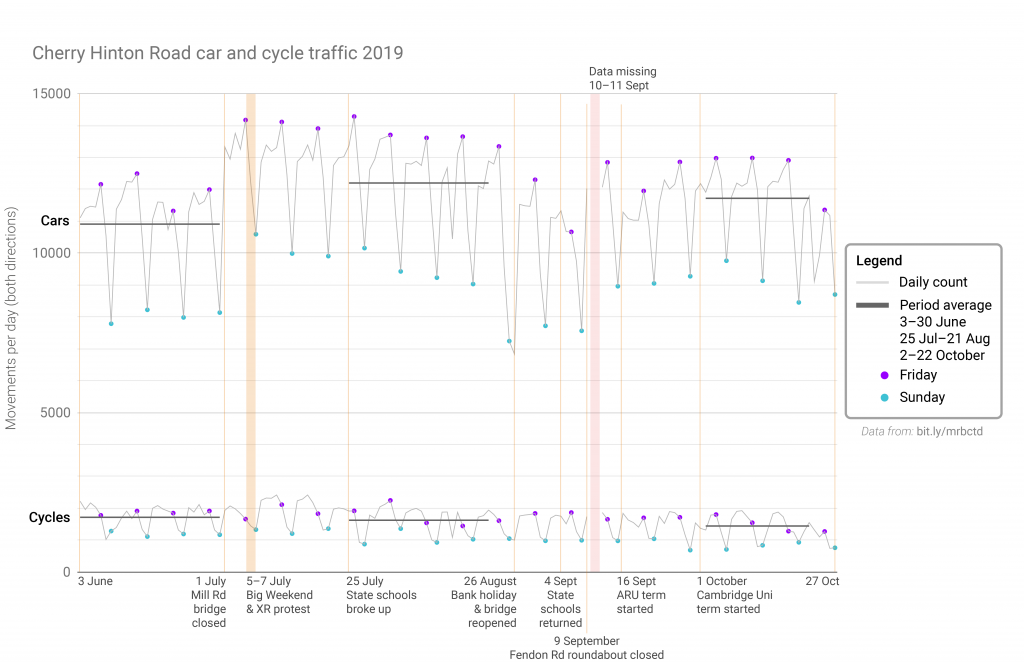 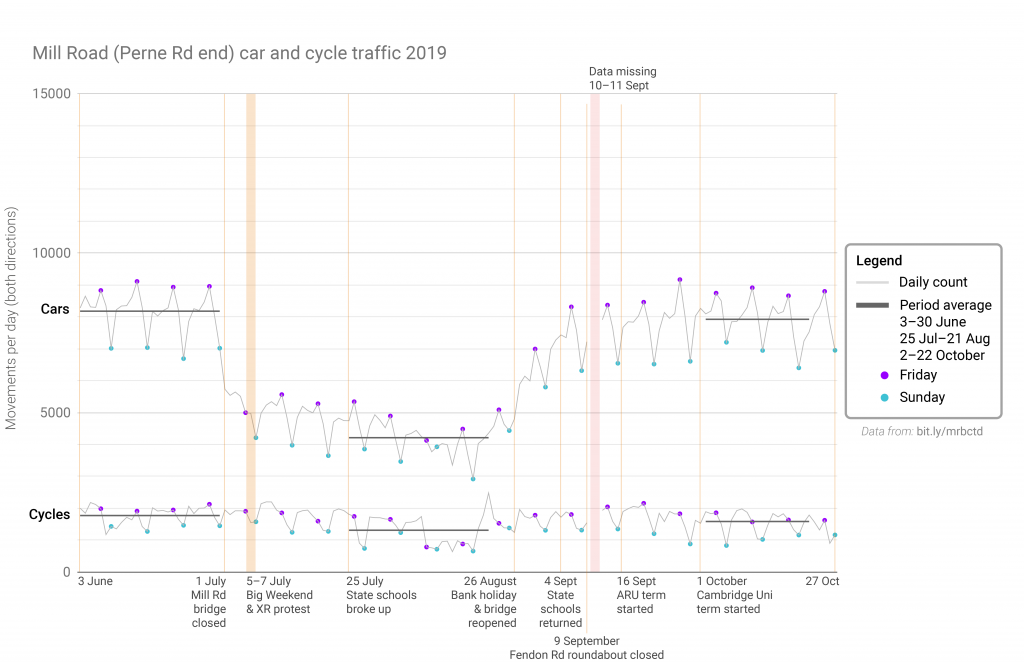 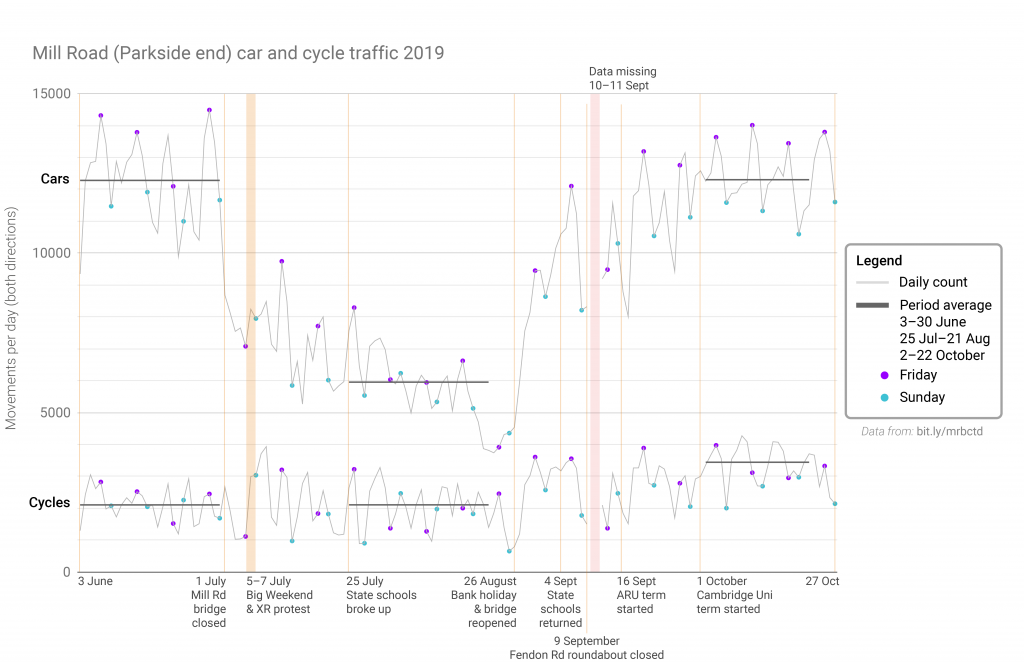 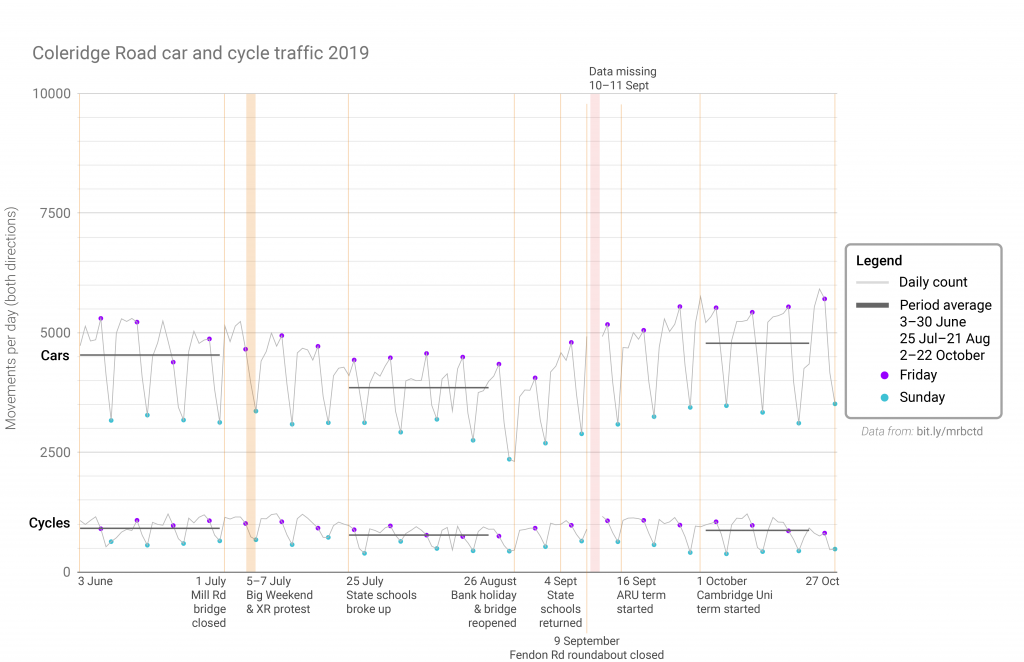 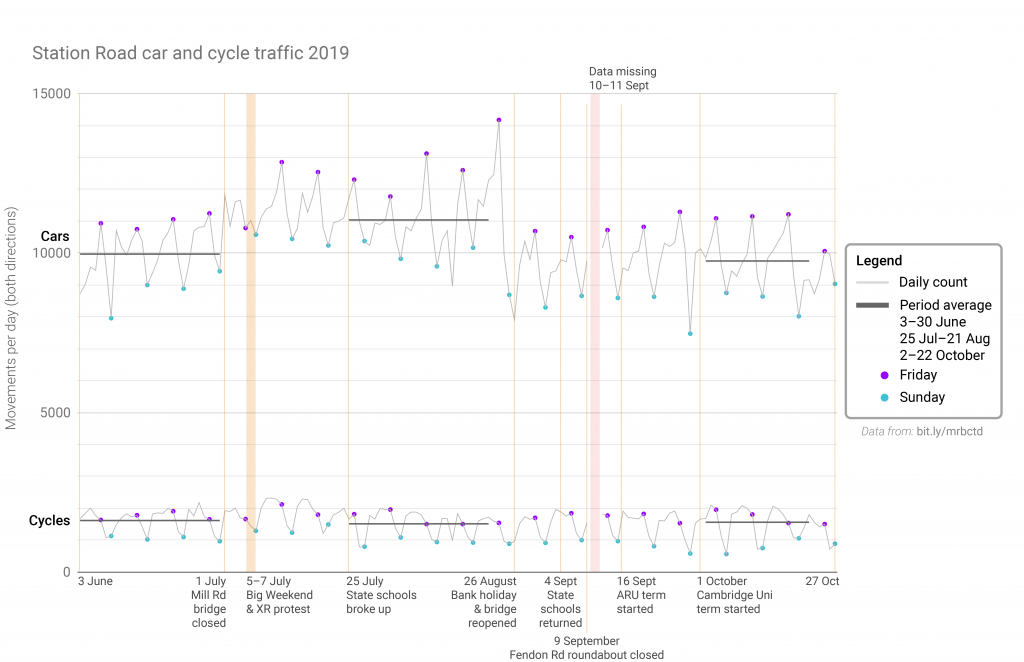 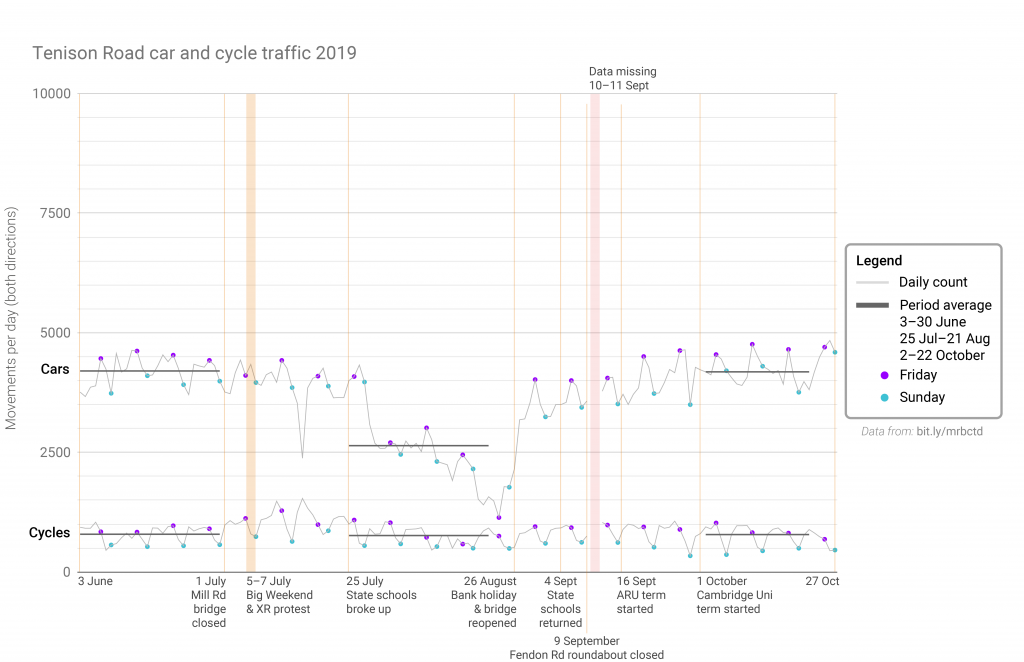 With the bridge open again, the biggest sustained changes are a reduction in traffic on Perne Road (1,000 fewer vehicles/day) and an increase on Cherry Hinton Road (800 more).

The biggest change is an additional 1,300 people cycling along the western end of Mill Road. That figure almost exactly matches the combined increases in cycling over the Hills Road railway bridge and Carter cycle bridge. Whether these are the same people, we can’t tell.

There seems to be a small overall increase in cycling, which more than offsets a small reduction in motor vehicle journeys. Is it possible the bridge closure has persuaded nearly 500 people to cycle instead of drive?

Significantly fewer people are cycling along Cherry Hinton Road and the east end of Mill Road. Have they found safer routes?

Is it a concern that 350 (27%) fewer people are walking over Carter Bridge? Does the increased volume of cycles and too-narrow footway make it feel less safe? Discuss.

This article was first published in the Cambridge Independent on 6 November 2019.