How can we fix local government in Cambridgeshire and Peterborough?

Is there anyone who thinks that local government in Cambridgeshire is functioning well?

Powers and responsibilities for transport are divided between the Combined Authority, County Council and Greater Cambridge Partnership. The Local Transport Plan is the responsibility of the Combined Authority; but the Local Plan (which sets out how land will be used) is the exclusive responsibility of the district and city councils. They are out of sync, and yet both need to be coherently and radically re-visioned to incorporate effective plans for zero-carbon and zero-pollution living within about a decade.

The cost of dysfunction is illustrated by the moribund state of the county’s rural bus services. For instance, you’d think the 7A service should be pretty busy, right? After all, it links Cambridge with Hinxton (home of the Wellcome Genome Campus) and the Imperial War Museum at Duxford (which receives nearly 400,000 visitors/year and has nearly 1,000 staff, partners and volunteers).

The service carries on average 4 people a day, at a cost to the taxpayer of £85 per return journey.

Meanwhile, the Combined Authority is running a pointless and poorly designed consultation on bus services, rather than getting on with reorganising and funding a huge expansion of the bus network.

The division of powers and responsibilities is severely hampering effective action to address the climate emergency, toxic pollution, social isolation and road congestion.

What can we do about it? Unitary authorities make sense: planning, transport, education, social care, waste processing, etc all come under one management structure, reducing conflicts and delays. How many unitaries should we have? I would argue three: Peterborough and north Cambridgeshire; Huntingdon and south-west Cambridgeshire; Cambridge and south-east Cambridgeshire. We should also rethink some of the outer boundaries: for instance, should Newmarket be in Cambridgeshire or Suffolk?

We need regional strategic planning over a larger area than one county. It is debatable whether electing mayors at this level provides meaningful representation. A committee of leaders of unitary authorities, acting and reporting transparently, would be less bureaucratic.

As an interim step though, how about we make Greater Cambridge a highway authority, integrated into the planning department? 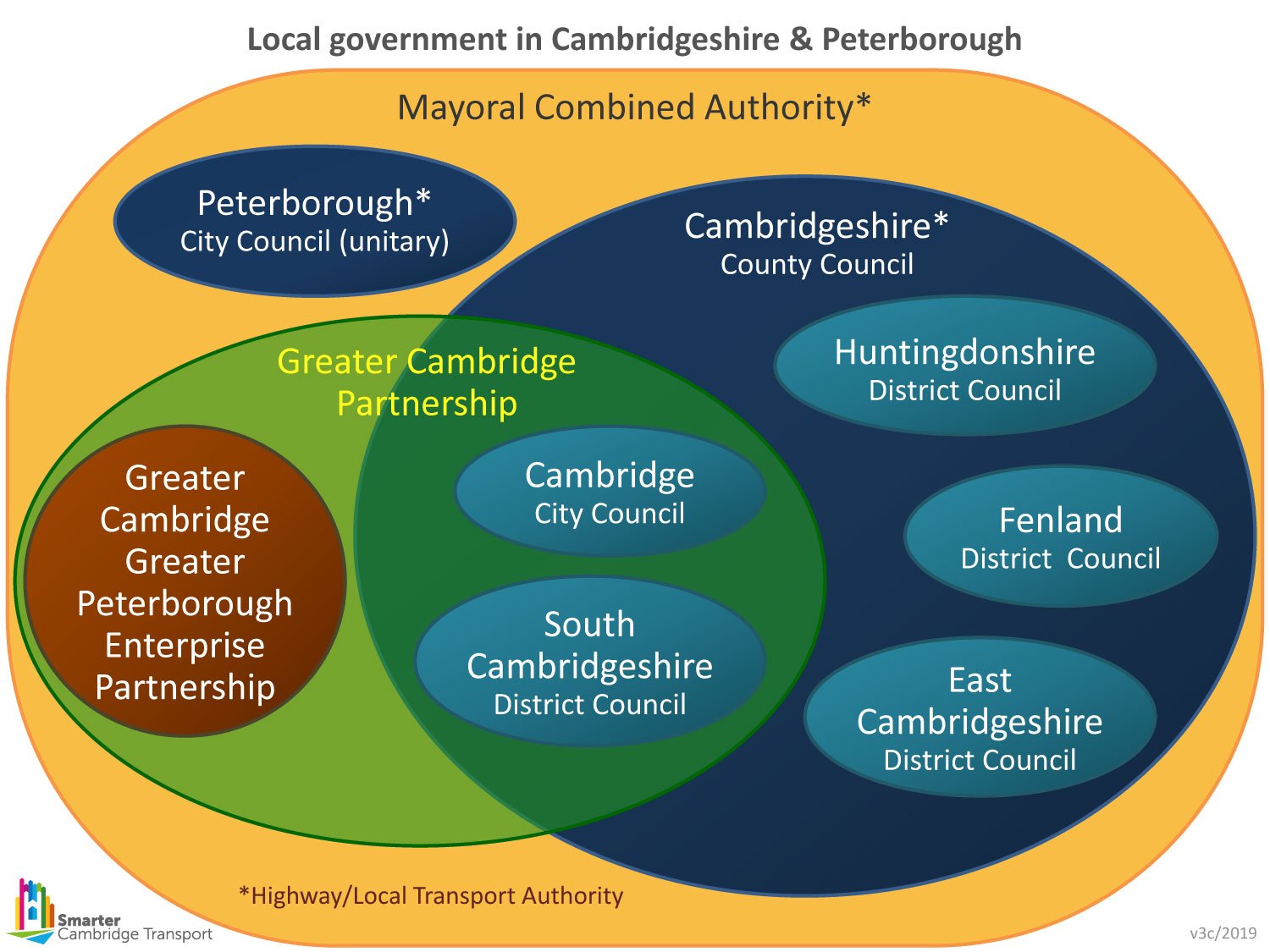 This article was first published in the Cambridge Independent on 20 November 2019.