The Greater Cambridge Partnership (GCP) has pushed on with this so-called “travel hub” scheme at Foxton without proper consideration of the fundamentals. It is based on a Park & Ride strategy that: 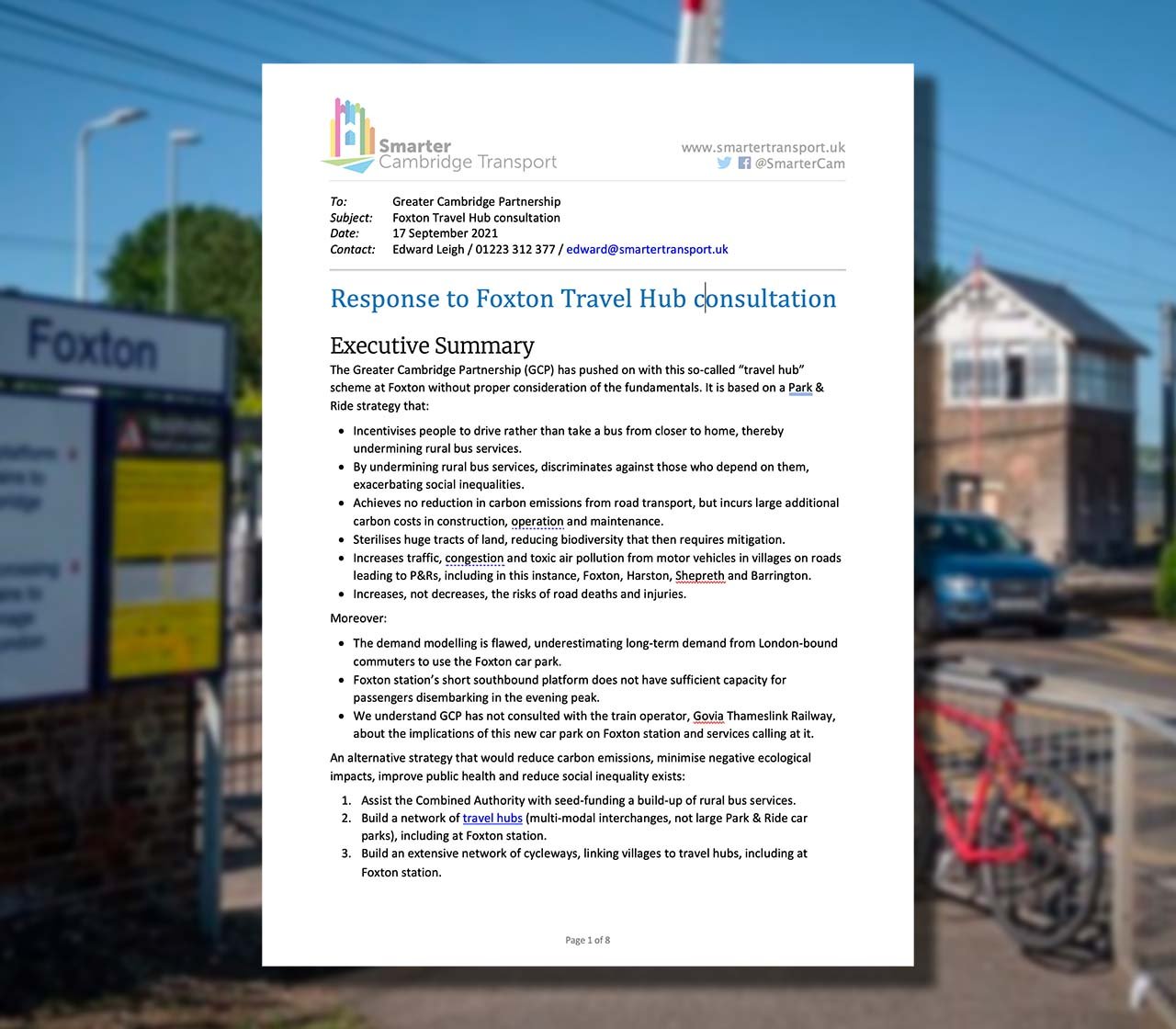